The area around Vernal, Utah is the only place in the world where it’s legal to hunt dinosaurs. Because Vernal is the only town that issues official Dinosaur Hunting Licenses. 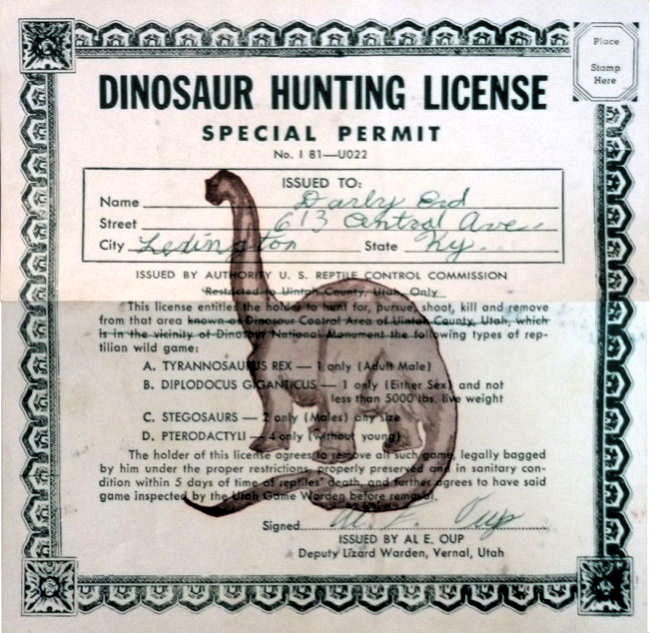 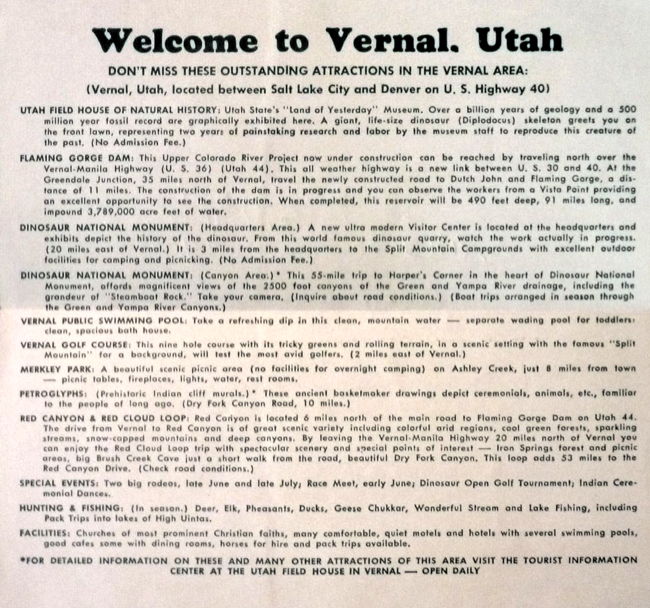 The issuance of these licenses, printed on parchment-type paper, began in 1951, as the idea of Tenney T. Johnson. The Vernal Chamber of Commerce liked the concept so much that the next year it began handing out the licenses to tourists. Soon it was handing out over 60,000 of them a year.

Reportedly, some people would refuse them, saying, “we haven’t time to hunt.”

But surely dinosaurs are extinct, so there’s nothing to hunt. Well, maybe. Or maybe not. From a 1952 article:

Old-time Vernal residents say, with a glint in their eyes, that on moonlight nights when the wind just whispers over the desert, dinosaurs still roam on the outskirts of the town.”

However, not just any dinosaur can be hunted. The license confers the following specific privileges:

This license entitles the holder to hunt, pursue, shoot, kill and remove from that area known as Dinosaur Control Area of Uintah County… the following types of reptilian wild game.
Computer Language TrumpScript made in honor of Donald Trump

Reportedly, you can still get these licenses at Dinosaurland in Vernal.

However, although it’s now been legal to hunt dinosaurs in Vernal for over 65 years, to date no dinosaurs have been killed.