At least 63 people have lost their lives in California’s deadliest wildfire. Over 10,000 structures were destroyed. The search for hundreds of people still missing continues. 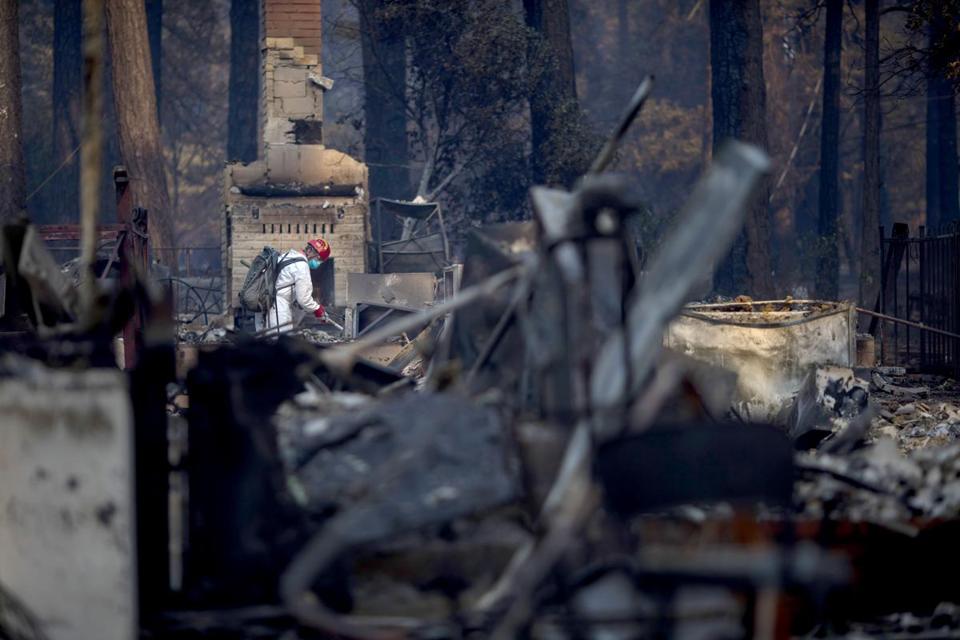 Search and rescue teams looked for the remains of victims in the aftermath of the Camp Fire in Paradise, Calif. on Nov. 16. The Butte County sheriff has revised a list of people described as missing to include 630 names, though he hoped that some who are wrongly classified as missing would report themselves safe.
(Eric Thayer/The New York Times)