100th anniversary of the end of WWI – Boston Globe

Sunday Nov. 11, 2018 marks the 100-year anniversary of the signing of the Armistice to end World War One. This was the Great War, called “the European War” or “the World War” by contemporaries. Ten million combatants would die before it ended with Germany’s defeat on Nov. 11, 1918. Its bloody battlegrounds, the Somme, Verdun, the Marne, and others, still epitomize apparently pointless human sacrifice. Those who survived the trenches of the Western Front believed civilization could never again sink so low.
— By Associated Press 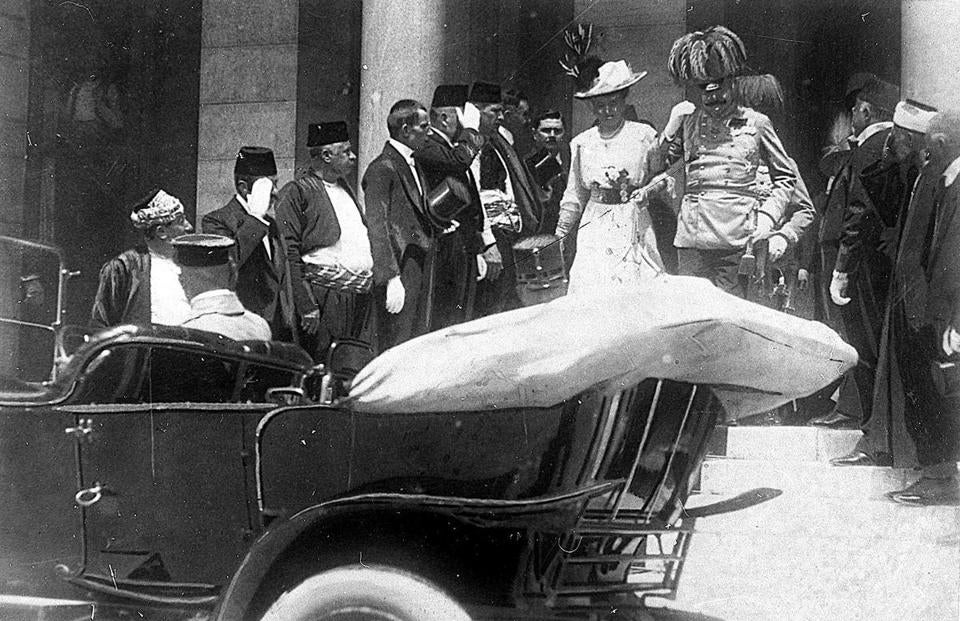 In this June 28, 1914 file photo, the Archduke of Austria Franz Ferdinand, center right, and his wife Sophie, center left, walk to their a car in Sarajevo. This photo was taken minutes before the assassination of the Archduke and his wife, an event which set off a chain reaction of events which would eventually lead to World War One.
(Associated Press)